Experience the Holy Rosary in person, as if you were physically in the scenes, feeling the sufferings, sorrows, joys, miracles and triumphs

Our Lady asks us to pray the Holy Rosary daily, which can be hard. The Rosary has 73 Prayers, so maintaining continuous meditative prayer can be challenging to stay focused on. The repetitive Hail Marys can lead to prayer distraction and not being fully engaged in rich meditation of the Rosary's Mysteries. Rosary Experience has 20+ features that utilizes concepts from Ignatian Spirituality, where you use your senses to experience God. This keeps your head, heart and spirit in continual prayer. Take your meditation to a new level by praying with over 2000 Rosary Videos that engage your soul through Icons, Sacred Art, Scripture, Latin, Chant, Movie Clips, Music and other rich beauties from traditions of the Catholic Faith. The Biblical Scenes come alive before your eyes and ears as if you are physically next to Our Lord and Our Lady, experiencing their fruits, miracles, joys, sorrows, sufferings and triumphs. All while bringing graces and great peace ever present into your prayer life.

ReX is dedicated to Our Blessed Mother, the Mediatrix of Grace 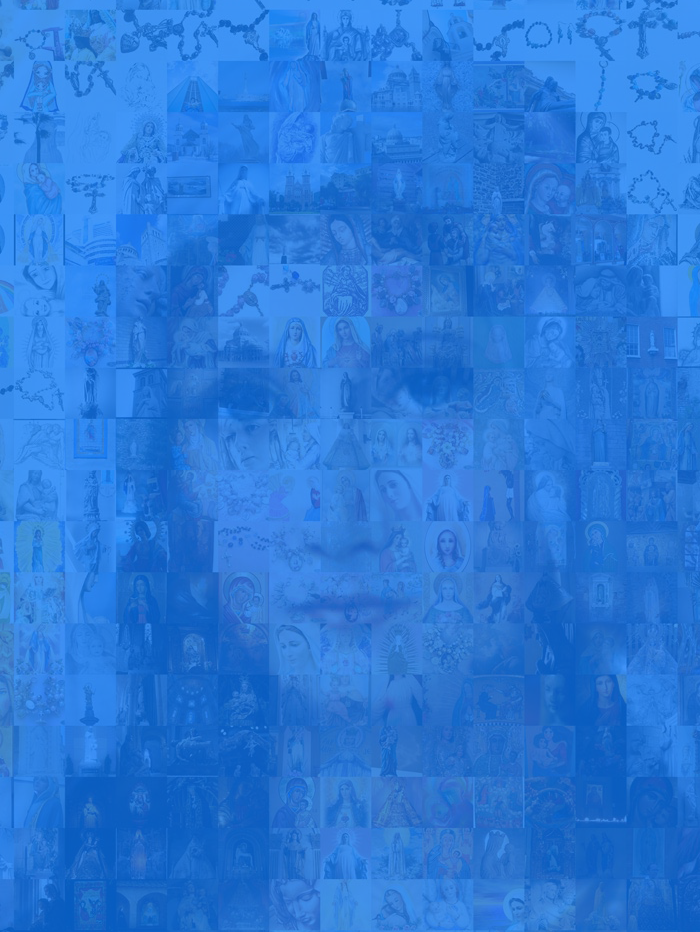 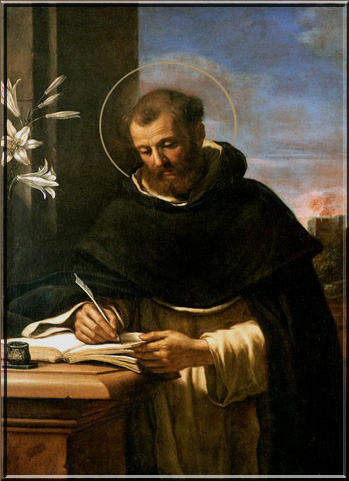 St. Dominic: Received the Holy Rosary from Our Lady

A) Founding the Dominican Order in 1216, a religious community called the Order of Preachers.

B) Being known for mystically receiving the Holy Rosary from Our Lady in an apparition in the year 1208 inside the Church of Prouille in France.  That is why the most popular form of the Rosary that is prayed by Catholics daily is known as 'The Dominican Rosary'. 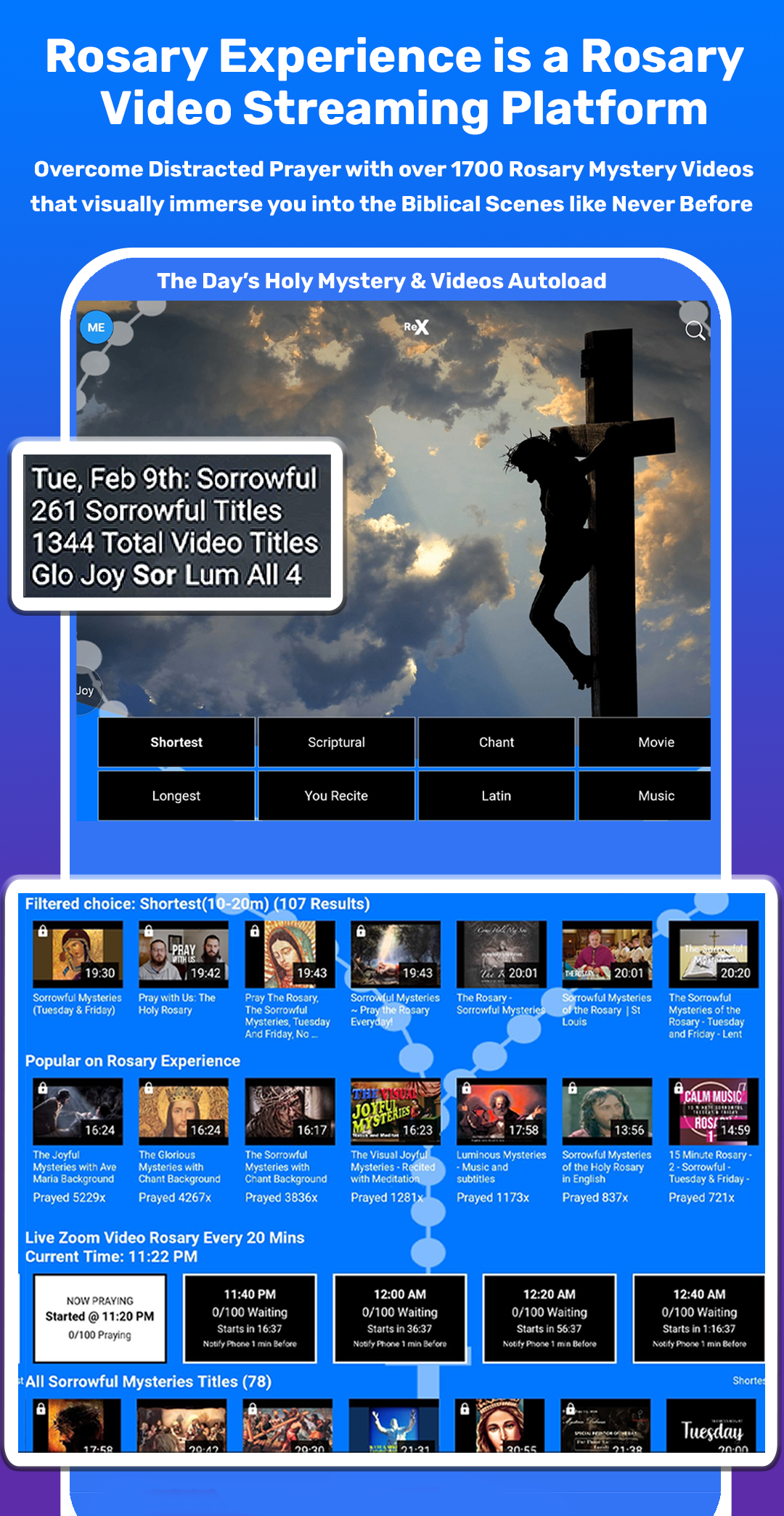 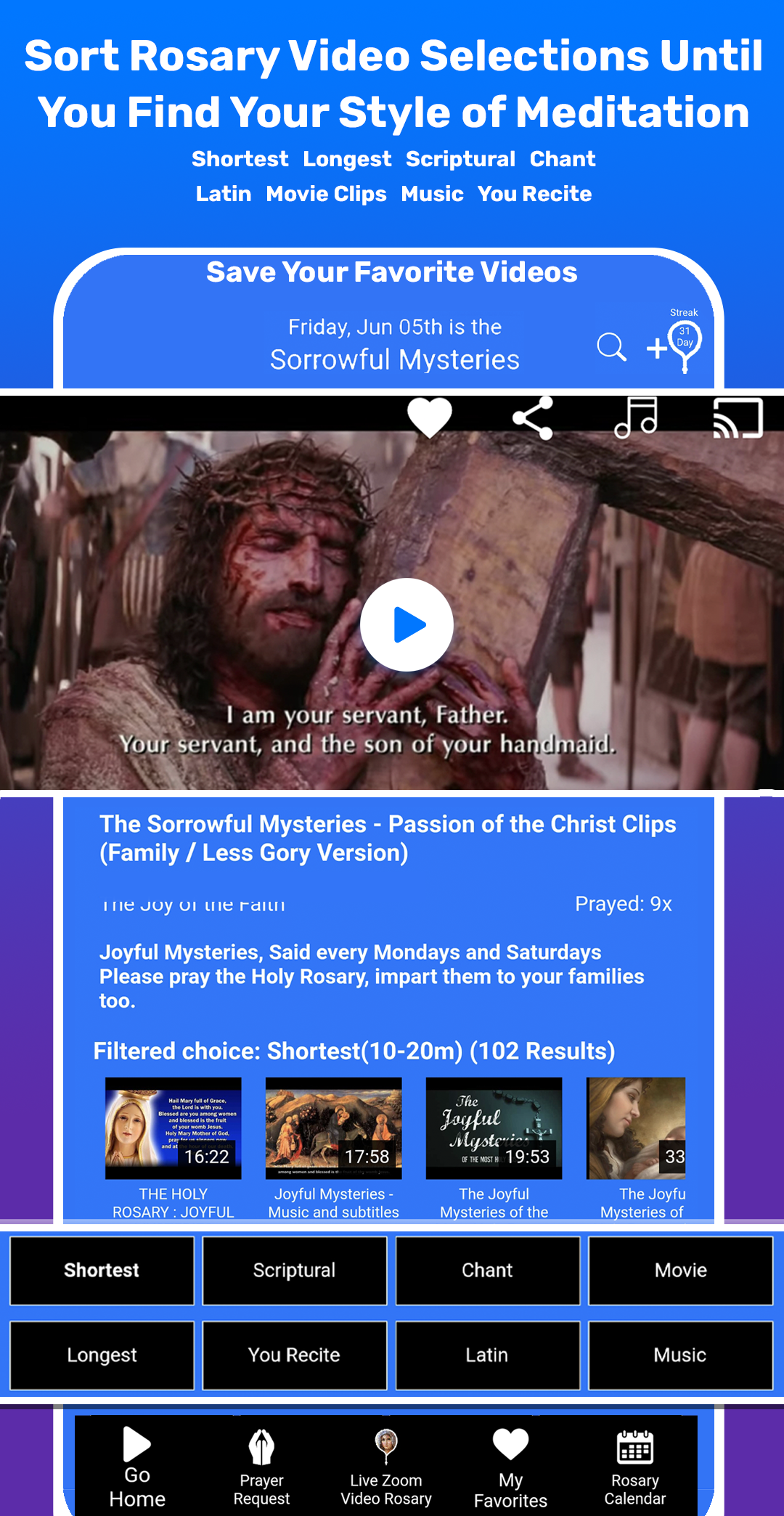 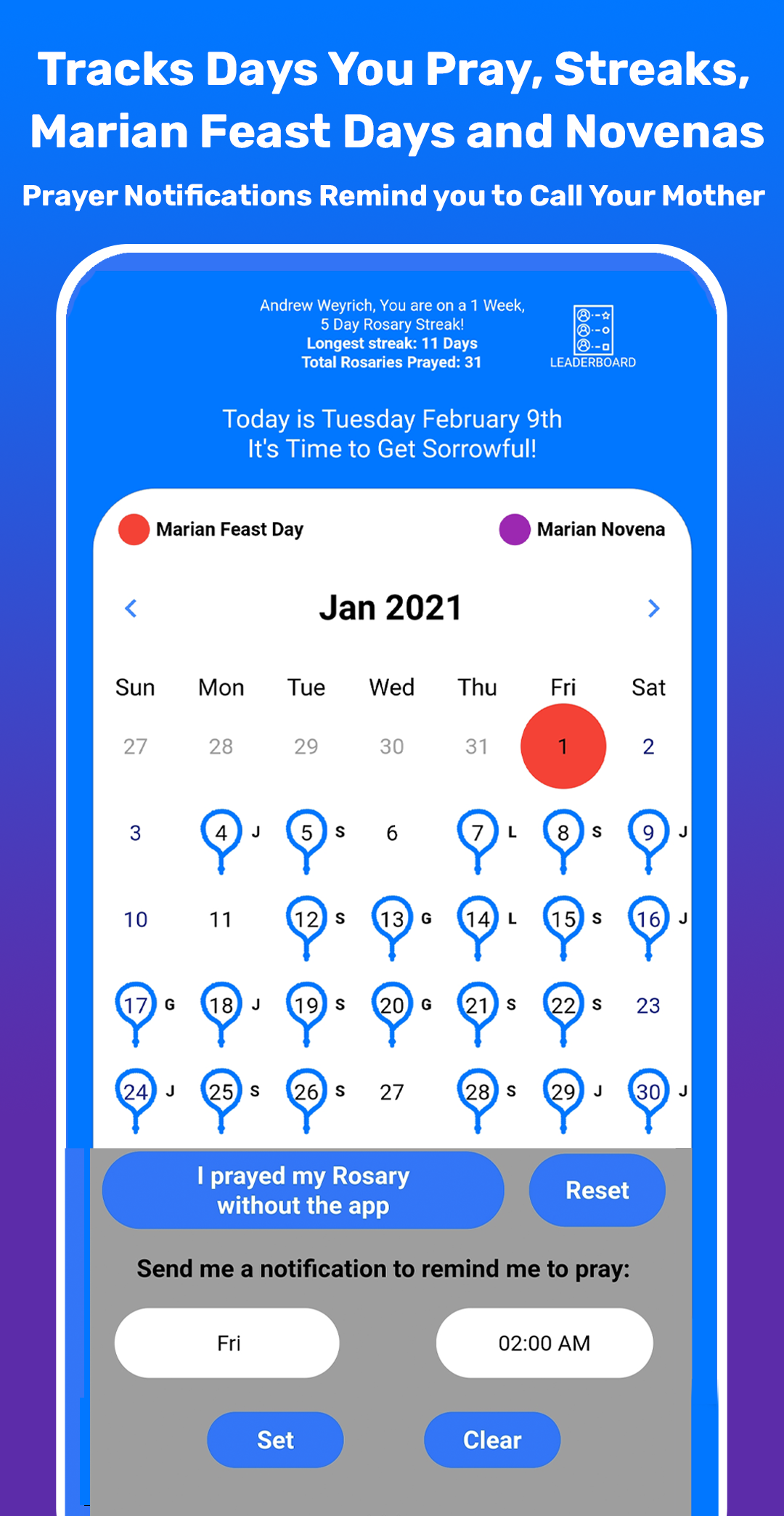 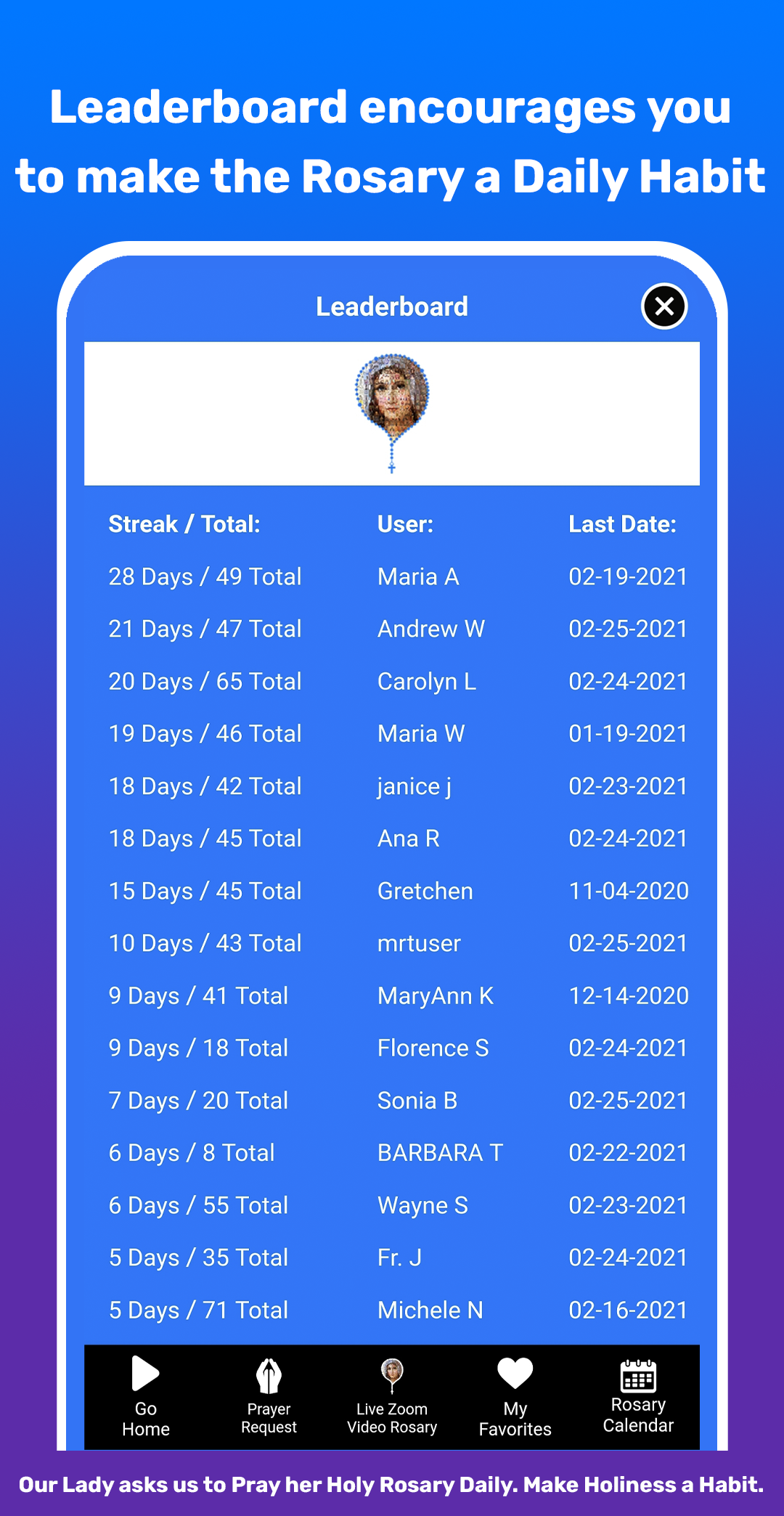 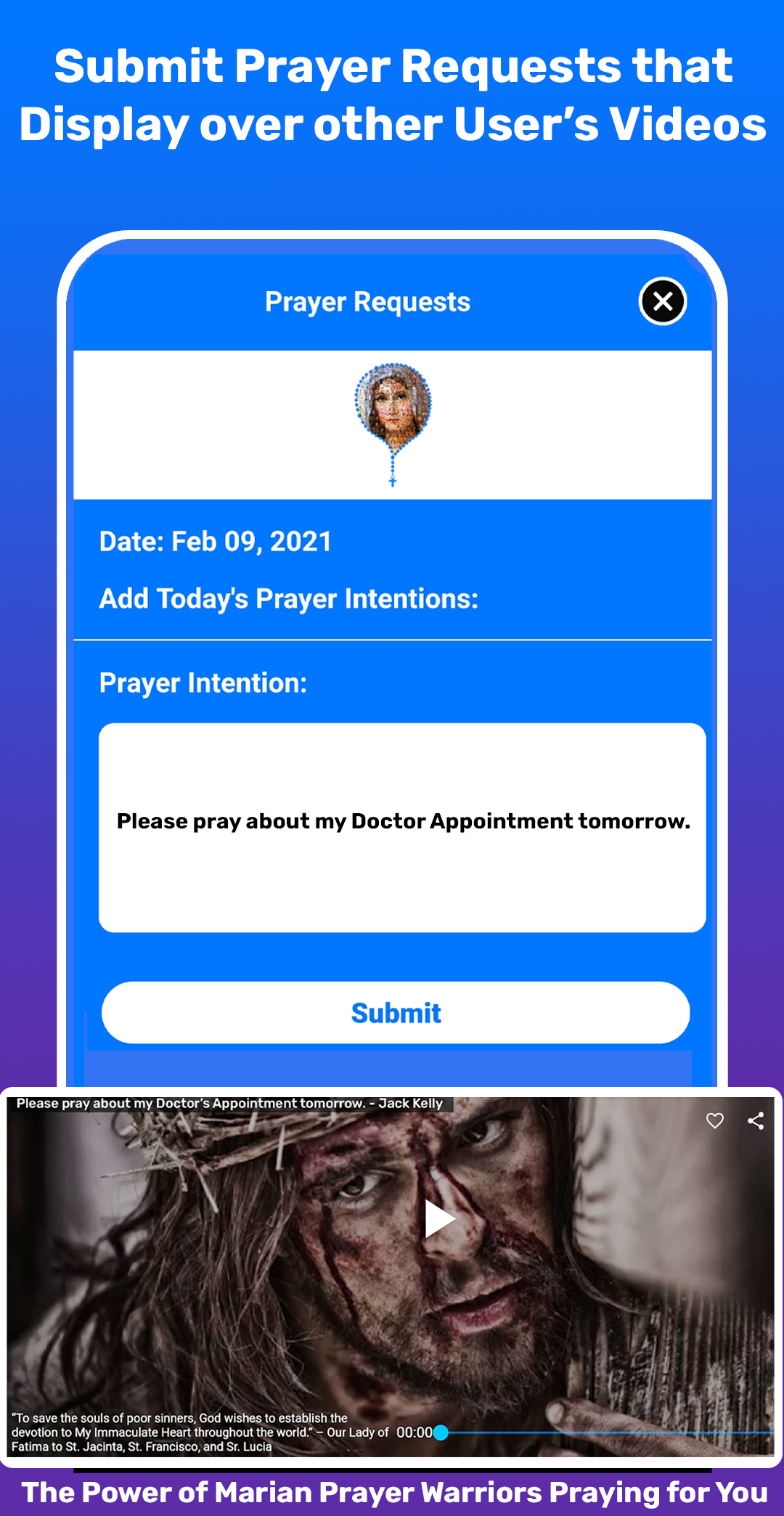 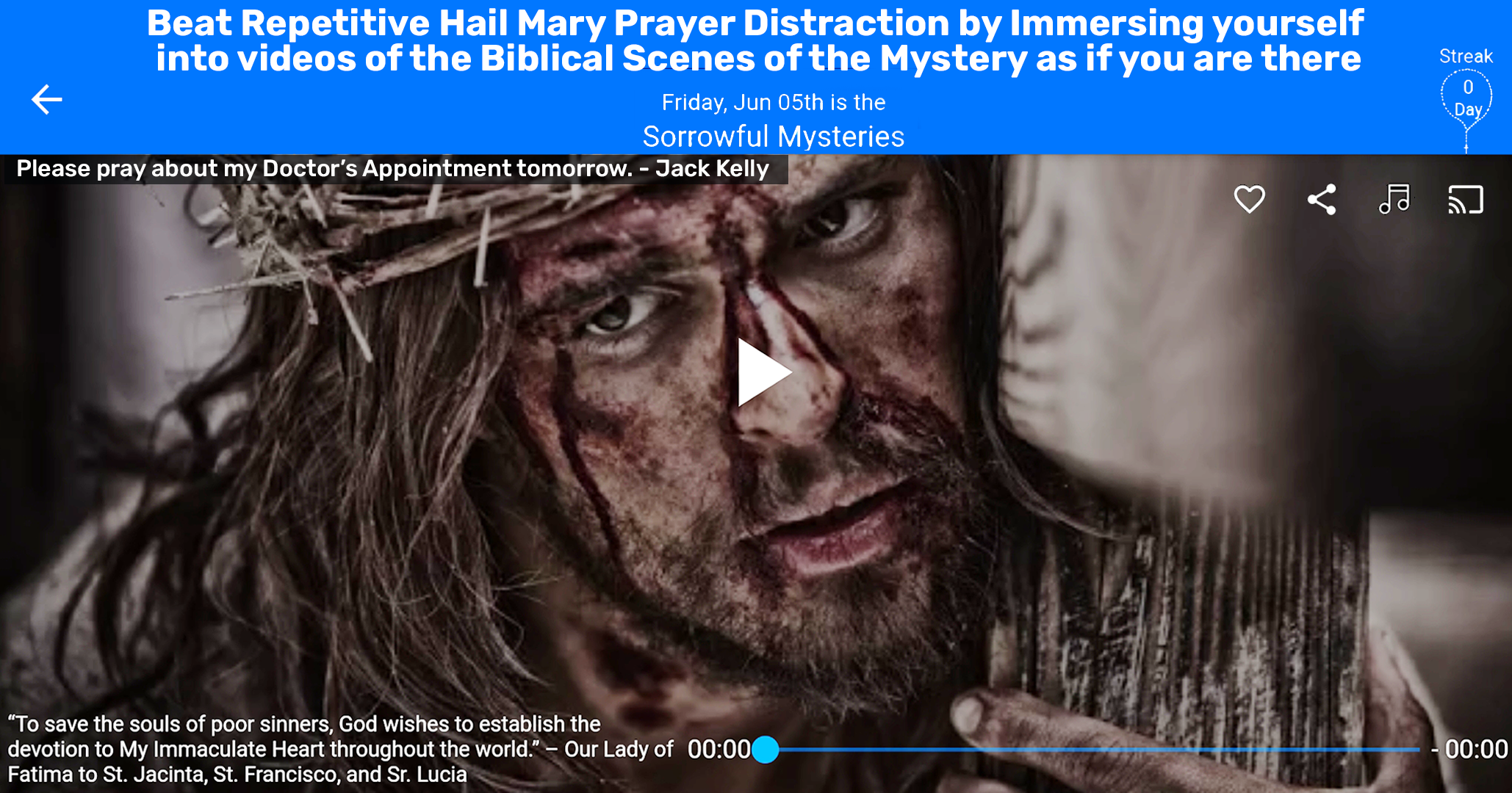 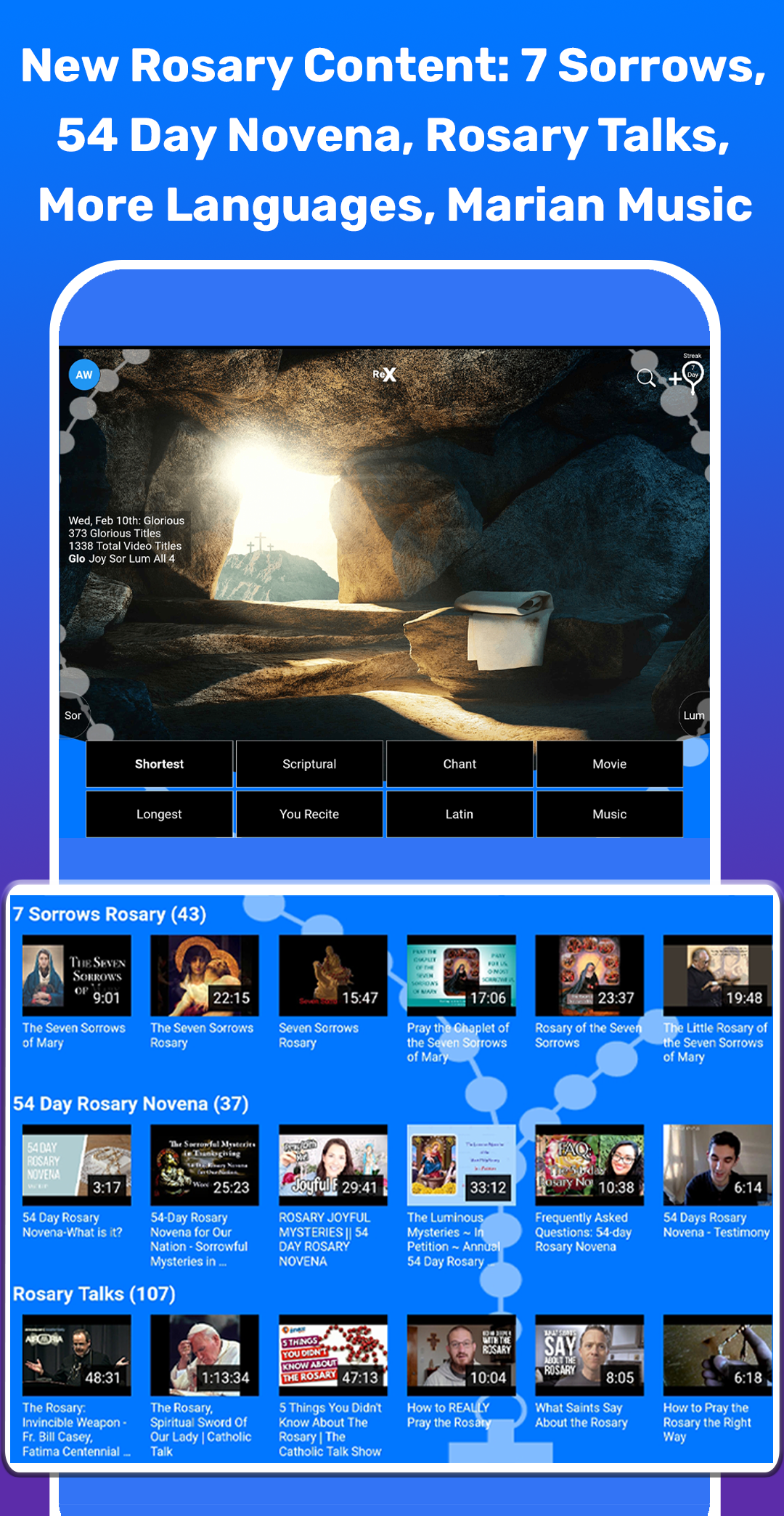 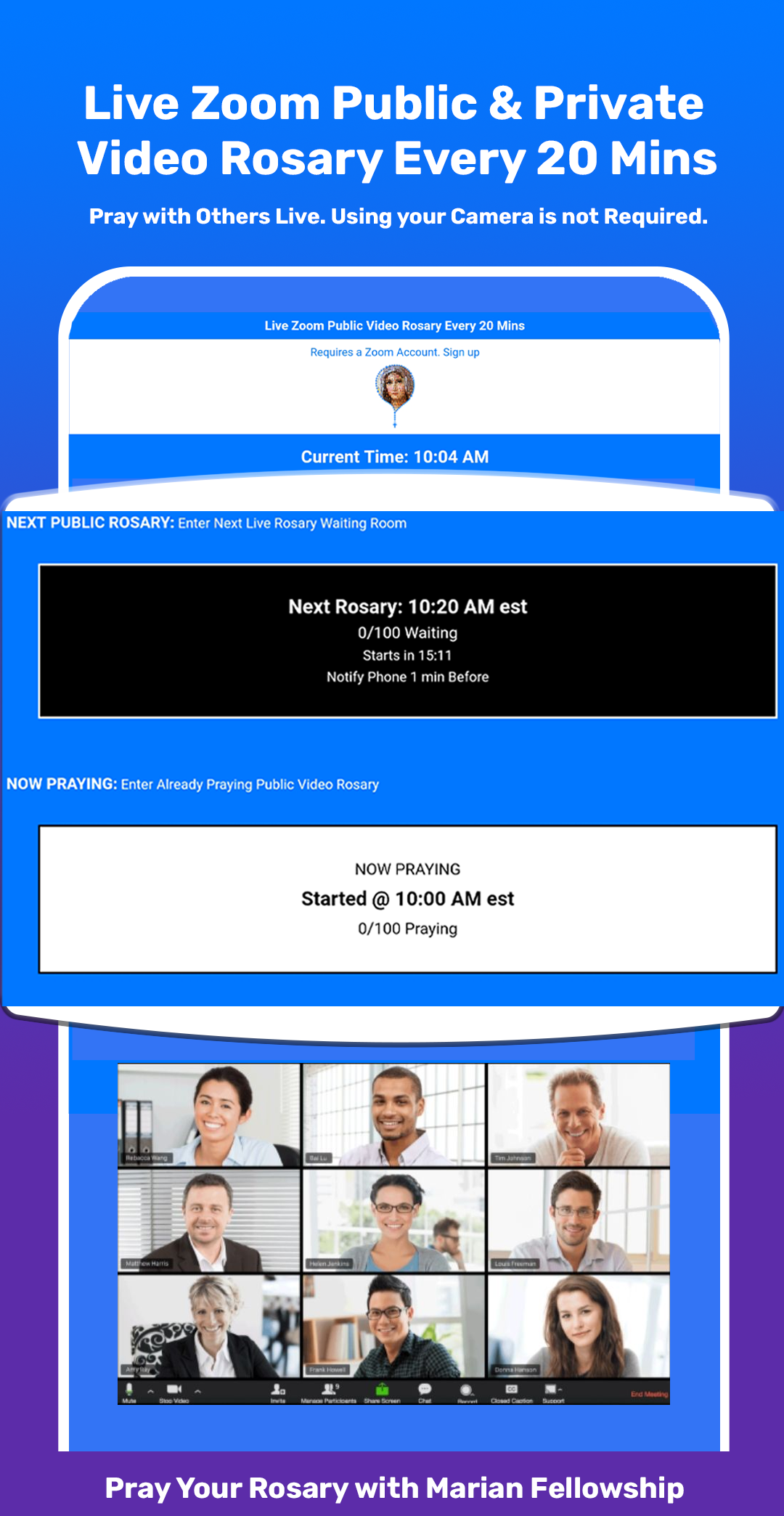 The Rosary is the weapon for these times.
- Saint Padre Pio 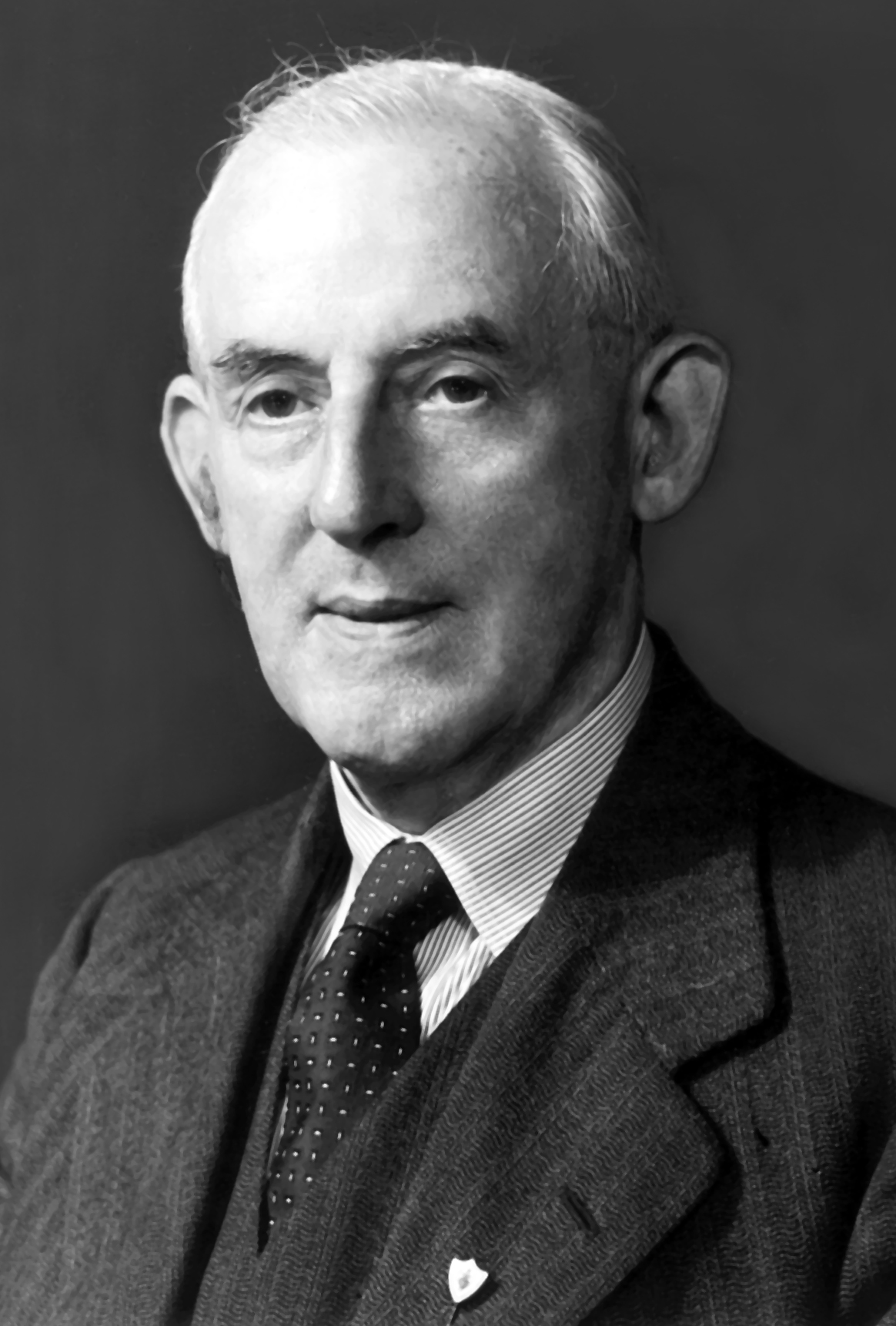 Frank Duff was born in Dublin on 7th June 1889. He was a devout lay Catholic and loved Our Lady. So much so, that on September 7th, 1921 he founded the Legion of Mary. This is a lay apostolic organization at the service of the Church, under ecclesiastical guidance. Its twofold purpose is the spiritual development of its members and advancing the reign of Christ through Our Lady.

The Legion, which is to be found in almost every country in the world, has nearly 3 million active members and many more auxiliary (praying) members.

Sort your Rosary and find your Meditation Style:

We have a huge library of YouTube Rosary titles.

"You shall obtain all you ask of me by the recitation of the Rosary." 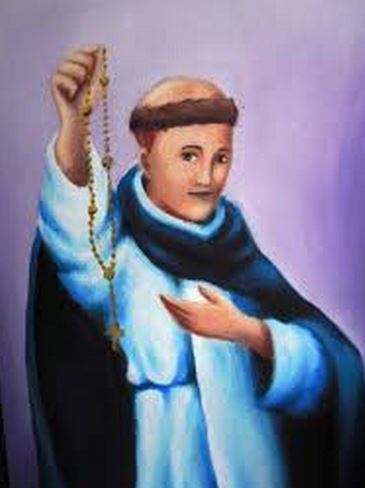 Two centuries earlier, St. Dominic received the Rosary but it would be one of his Dominican Successors that would re-ignite the devotion to the world.  Blessed Alan was a Dominican priest who lived in 15th-century France. Blessed Alan received visions from Jesus, Our Lady, and St. Dominic, all of whom implored him to help restore this devotion to its former prominence in the preaching of the Dominican Order and the prayer lives of the faithful. Blessed Alan was at first reluctant to carry out their wishes, but Jesus rebuked Blessed Alan because he had been given the knowledge and ability to carry out this task, and yet was choosing not to undertake it. After experiencing these visions, Blessed Alan made the renewal of the Rosary devotion his mission in life. He now understood the power of the Rosary as a means, not only to renew the Dominican Order, but to renew the world. Blessed Alan helped revive Rosary confraternities as a way to promote the devotion, including as a means of praying for the Holy Souls.

Helps Me Focus & Remember to Pray the Rosary

My devotion to Our Lady has always been strong, but I’ve often struggled with focus and drive in praying my daily Rosary. I’m in my first week of using this app, and I can confidently say that it is helping me both be more consistent and focus! From motivating me by showing me my “streak” count (of daily rosaries), which of course I don’t want to break (!), to providing me with unique videos and guides to keep my attention, this app has surprised me. Thank you to its developers! If you’re reading this as a potential user, give it a shot! It surely has something that will help you, too 🙏

Great concept; it’s kind of like Netflix for the rosary! The videos I’ve explored so far are great for allowing the rosary to be a more meditative and focused experience and frees you from having to keep track of how many Hail Marys you said when you don’t have a physical rosary at hand. I like the ability to select which videos to utilize based on length and think the calendar feature is great for those who endeavor to pray the rosary every day. Very smooth experience so far. Great app! 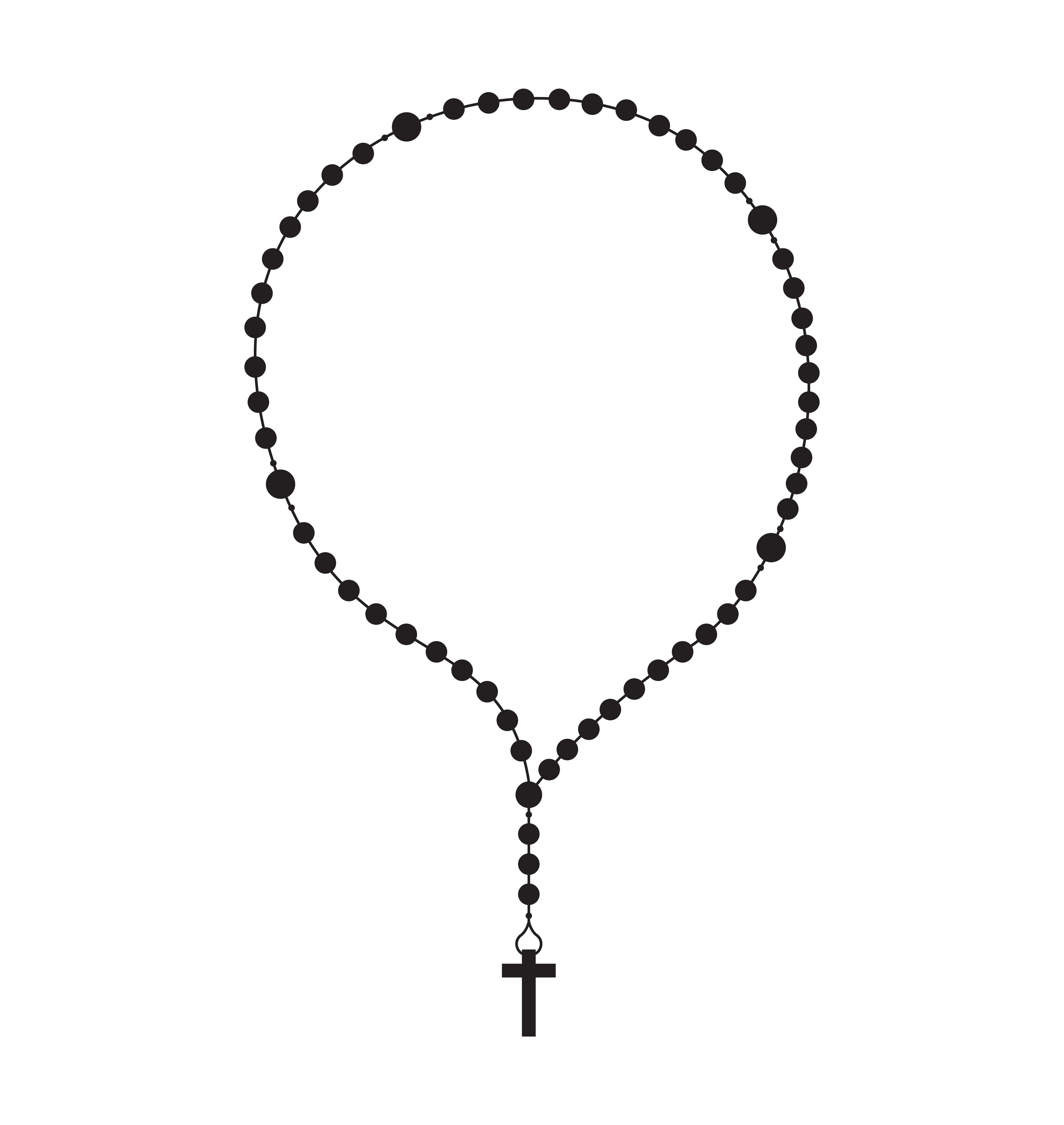 This is such a blessing to me. All my life I’ve struggled with distractions while praying the rosary. With this app and all its beautiful scenes, videos and the soft background music I can now easily stay focused on the mysteries. I am immensely grateful and will treasure this app for the rest of my life.

Anyone who struggles with spiritual dryness, like myself, should download this app. The audible and visual stimulation helps immensely when praying, as does the variety of different meditations. I highly encourage you to try it!

“If you say the Rosary faithfully unto death, I do assure you that, in spite of the gravity of your sins, ‘you will receive a never-fading crown of glory.” 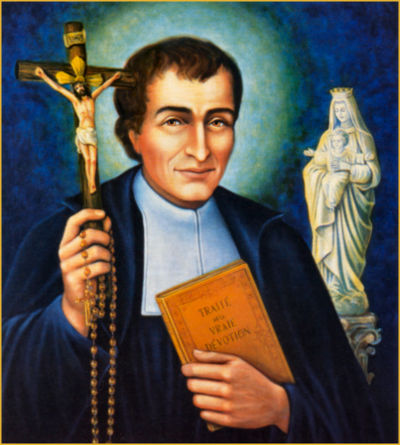 St. DeMontfort: Totus Tuus and the Consecration to
Jesus through Mary

St. Louis-Marie Grignion de Montfort was born in France in 1673. He became a Priest in 1700. Pope John Paul II - another Marian giant, adopted St DeMontfort's most famous phrase 'Totus Tuus', which means 'Completely Yours' which gives us a preview to his wonderful devotion to Our Lady. He may be most known by Catholics from his famous 33-Day Marian Consecration and his two classic Marian books: 'True Devotion to the Blessed Virgin' and 'The Secret of the Rosary'.

Rosary Experience is free to use

There are Premium Paid features to unlock, but you can try all of those out for free first with a 14-Day free trial.

If you enjoy the experience, then choose a paid plan below.

The ReX Yearly plan offers the most savings, you can use ReX for just $0.19 cents a day!
or
For the price of less than 2yrs of the Yearly Plan, you can get a lifetime plan and never pay again. 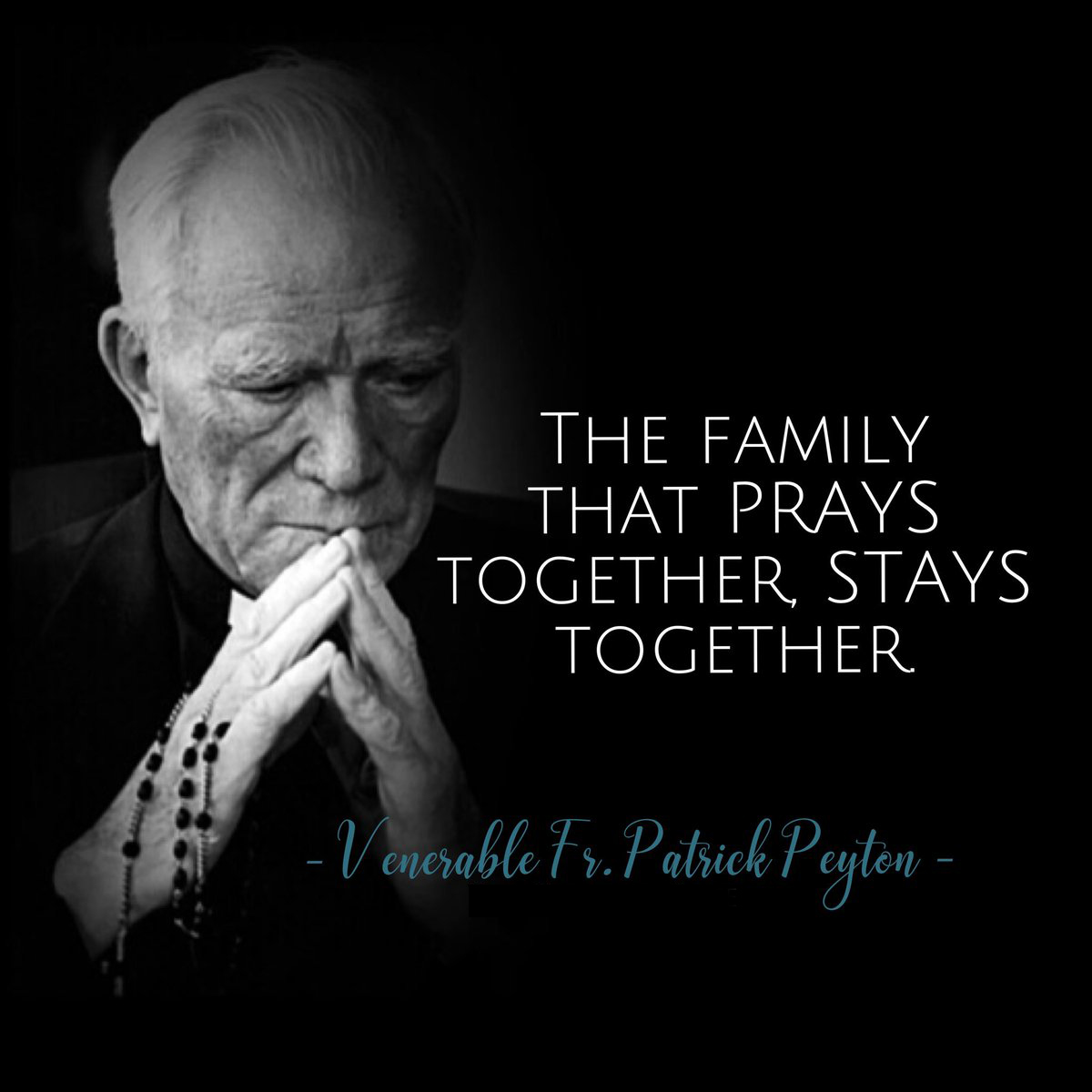 ReX is 100% free for all Clergy and Religious

Fr. Patrick Peyton is the legendary Marian Priest who dedicated his entire Priesthood to spreading the Rosary all around the world. He was the 'Marian Bishop Sheen' who, through the power of the Rosary, convinced iconic Hollywood Actors to record prime-time radio, TV and Movie programs that encouraged the family to pray and reached millions. To learn more about this inspiring Marian Prayer Warrior, rent the documentary movie, 'PRAY: The Story of Patrick Peyton'.

In the spirit of Father Peyton's famous phrase, 'The Family that Prays Together, Stays Together.', Rosary Experience also has a Family and Friends Plan (Annual $99.99 or Lifetime $199.99) where you buy 5 annual memberships. 1 for you, 4 for family and/or friends. All 5 of you receive the features listed above.

“The Most Holy Virgin in these last times in which we live has given a new efficacy to the recitation of the Rosary to such an extent that there is no problem, no matter how difficult it is, whether temporal or above all spiritual, in the personal life of each one of us, of our families…that cannot be solved by the Rosary. There is no problem, I tell you, no matter how difficult it is, that we cannot resolve by the prayer of the Holy Rosary.”

The Rosary Experience is a WeyrichEnterprises.com(pany)